The Quest of Aura Raines

« Get Your Rockets Off

Aura wonders whether the craft that took Daniel Fry (Incident at White Sands) on a trip to New York and back should be donated to the White Sands Missile Range museum. 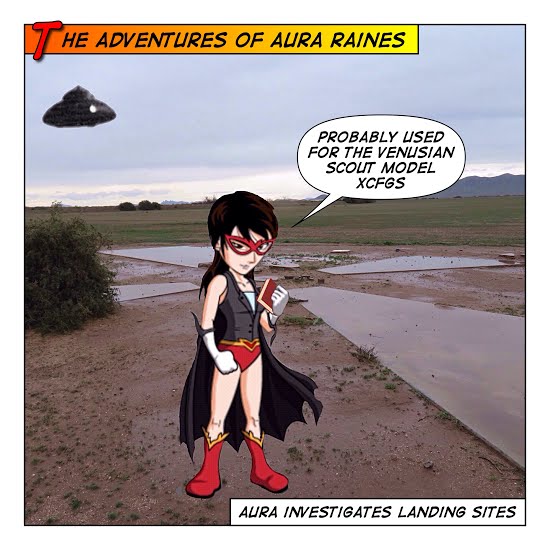 Before beaming was perfected, it helped to land on solid surfaces. 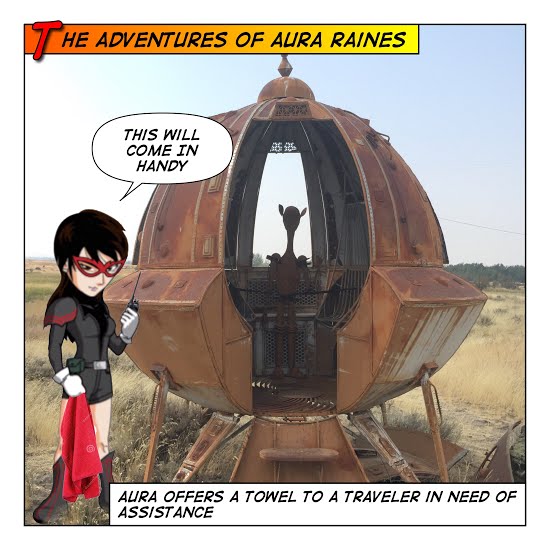 Towels are essential for any traveler in the Galaxy, especially if you fly in a rusty craft and might end up hitchhiking. 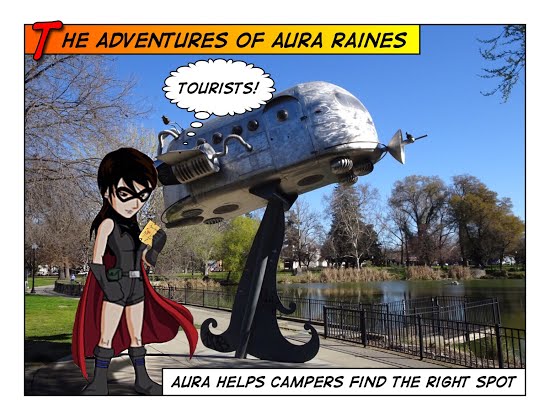 Aura offers advice for Interplanetary campers — but it helps to make reservations early.

« The Riddle of the Great Sphinx of Giza

Sometimes humans do not listen to advice and Clarians bear no responsibility or credit for the outcome.

« The Secret of Rolling Stones

Stones can move without Clarian help.

Aura negotiates a special rate at the UFO Hotel when flight crews need a rest.

Aura reminds us that resemblance is not proof since there is no record of Clarians chartering Moai transport.

Landing spots are sometimes contaminated by old-style sport models and ships used by grays that have never been retrofitted to the latest standards employed on the Clarian fleet.

Aura believes that sacred spots should be seen and not climbed

The space people try to avoid robots but it makes it harder to hike, camp, or go geocaching.